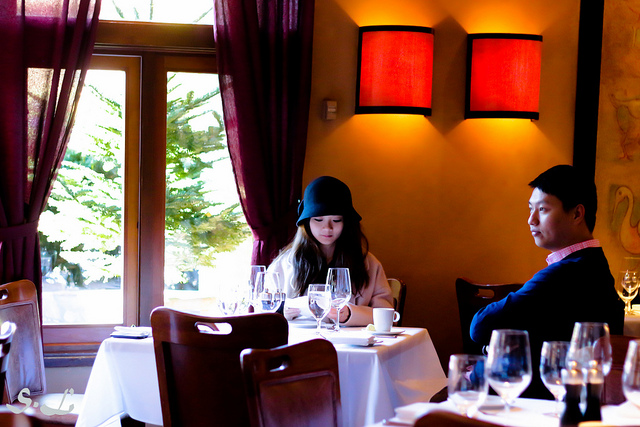 One of the best things about going on a bad date is being able to talk about it with one’s friends later. Some of my favorite dating stories are not my own.

Here’s a few winners from my album of awkward dating discussions had by my friends and I, on their dates.

Girl and Guy are out to eat at a restaurant, on a second date, looking at their menus.

Guy: “I don’t know. How about you surprise me?”

Girl studies the menu, sees a couple of interesting options, one of which being the tongue tacos.

Girl: “I could surprise you with tongue!” (guy blanches, she realizes how this sounded) “….But maybe that would be weird.”

A friend of mine starts attending a weekly creative writing class.  A guy in his 40s also attends the class, and says they should hang out sometime. They exchange emails. She thinks about it, and writes him a polite email, stating that she isn’t interested in anything romantic, only coffee and friendship, just to be clear with him from the start.

They meet for coffee sometime after this. Throughout the conversation, the man reveals that he is a model. “Oh, that’s cool!” she says. “Yeah, here’s a photo of one of my shoots.” He shows her a picture from his wallet. In the process, she sees several pictures of children.

“Four or five? You don’t know?” she teases him. “Were you married?”

“Oh, so do your kids live with you part of the time now, then?”

“Yeah, they live with me part of the time.”

“That’s nice. Their mom must live close, so that it works out that easily. I know other couples where it’s not that easy to share custody.”

“Yeah. We live pretty close…Actually, we live in the same house.”

“Really? Wait – are you still married?”

“Well, I guess yeah, you could put it that way.”

Nothing Happened: Don’t judge a guy by his plaid 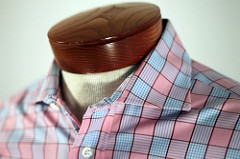 I am on a date with someone I met at my 30th-birthday celebration. My friend encouraged me to “live it up!” and “try new things!” so she encouraged a guy who paid me a compliment to come and sit at our table at the restaurant. And now, a week later, we are on a date.

He wears the kind of generic plaid-patterned cotton shirt that codes “I have a decent job and I could afford the white picket fence if you want one,” rather than my usual type, whose tattered, ironic or ciphered clothing often says, “I defy society’s standards and live passionately for my art.” I decide it’s time to live by the plaid model, and realize how comforting it is to date a person with a 9-5, steady job – the responsible, hard-working American man. Maybe it is good to try new things, I’m thinking.

Twenty minutes in, my plastered grin begins to ache on my face (he’s doing most of the talking). He says something about his friend who “used to be a good time” but now he’s “started going to AA and only wants to convert me.” “What do you mean?” I say laughingly, but the truth is, I have a high respect for AA and what it does, so I’m trying to understand his hostility.

“Well, this one time, we walked up to the top of this parking garage with a bunch of beers, and after we got a little wasted, we started to throw the bottles down below.

My buddy threw his bottle down at this van, and completely obliterated the rear window.”

“Oh, my gosh! What happened next?” (I’m thinking, did the cops come? How did the friend pay for his mistake? Is that how he decided to go to AA? Were you horrified that your drinking adventures had led you to the point where you were damaging property?)

“Oh, nothing happened. We didn’t get caught.” End of story.

That’s when I realized that I had somehow equated plaid-button-down-shirts with virtuous manhood, and that this was only a pitiable myth in my mind. So thus my new rule: A guy of awesomeness might wear a plaid shirt, but a plaid shirt does not necessarily mean that the man wearing it is awesome.

I learned another dating principle from this encounter. People always say, “Make a good first impression.” But I realized, it’s not that people mean to be judgmental and want to think poorly of people from the beginning. It’s just that when you first know a person, you know maybe two things about them. Each thing you know equates to 50% of your knowledge about that person. 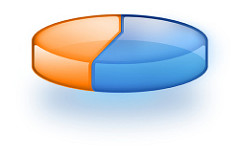 So, if within the first twenty minutes of being on a date, one of the four things I know is, “He got drunk, smashed a van window, and feels cool about it because he didn’t get caught,” that’s 25% of my information about this guy (the other information being, he has a job, he wears a plaid shirt, and I met him at a bar) – it’s not that I am judging him based on “one little thing.” It’s more that that one thing is 25% of what I know, and that’s a pretty high percentage. So, I guess to me, this is why you want to be careful what information you share right away, not with the intention of being false, but because you don’t want a yucky incident from the past to be 25% of what a person knows about you. That’s not lying, it’s just a good marketing strategy.

U Owe Me a Kiss

Technically, this regrettable thing was said before the date even happened, the end result being that there was no date.

Me, and the guy in question, had set up a date over text. It was getting late, we’d arranged when and where to meet. I turned off the light and went to sleep.

Twenty minutes later, my phone buzzed. “Oh, and u owe me a kiss if you’re late!” said my prospective date.

I felt a tiny rumble of weirdness, but decided it might be just my stomach.

The next morning, as I’m teaching my early lessons, I hear a ping from my phone again. When I check my messages, there’s another one from prospective date. “Rule for before u meet me: u must think of me fondly two times today before we meet later.”

I call in my sister and my friend for backup, texting them, “I’m getting these weird texts from the guy I’m supposed to meet for a date later. Is it acceptable to call it off before it happens?”

Yes, each chimed in.

As politely as I could, I tried to frame a text that could get the message across. “You know, I’ve decided that I’d rather not meet. I wish you all the best.”